Create an Account - Increase your productivity, customize your experience, and engage in information you care about.

Ginny and her family chose Fountain Hills as their hometown in 1983. Born and raised in NY, she followed her parents who had fallen in love with this desert community in the seventies. Her siblings all relocated to AZ, creating a foundation here that spans multiple generations.

Ginny holds a BS in Mathematics from Tufts University. She’s been a banker, a bookkeeper and a part-time teacher locally and in VT and NH. She was an AZ Senate staffer and an Assistant Director at the Dept. of Environmental Quality. After retiring, she worked with the US Attorney’s Office as a neighborhood liaison with various partners including law enforcement.

Inducted into the 2010 Lower Verde River Valley Hall of Fame, she has participated in Fountain Hills' strategic planning since 1984. She went from PTA to elected School Board Member, completing 2 terms. Ginny was a Charter Member of the Arts Council and served on the Theater Board as Treasurer and accountant, earning their 2009 Founders Award. She performed in several AriZoni winning productions.

In the Valley, she was a member of Business and Professional Women (Woman of the Year) and the Public Policy Chair for the American Association of University Women. Active in several statewide groups, she was an organizer for the AZ Women’s Hall of Fame at the Carnegie Library.

Ginny served as Town Councilwoman for over eight years, co-chairing the Centennial Committee and sitting on the MAG Domestic Violence Council. She helped raise funds for public art and co-organized a unity event during the summer of 2017. Elected Mayor in 2018 and reelected in 2020, Ginny sits on the MAG Regional Council, attends the GPEC Mayors and Supervisors meetings, serves on the public safety subcommittee and with other state, regional and local groups in the course of her regular municipal responsibilities.

Despite challenging times, Ginny, Council and staff, along with the community, are welcoming new and expanded businesses, healthcare facilities, and several residential developments while improving roads, parks, buildings and being recognized for sound financial processes. 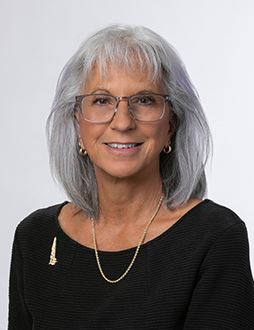